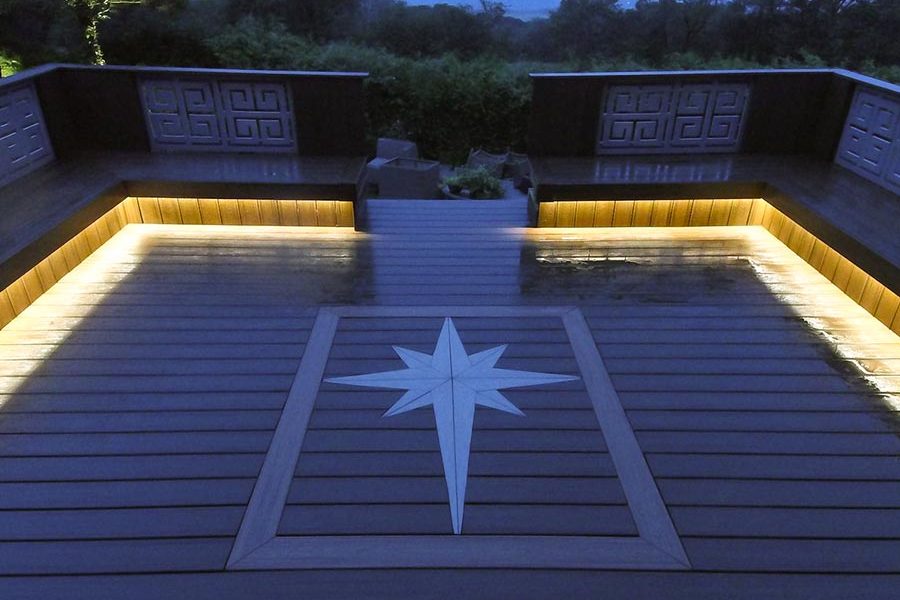 Swansea-based Simon Thomas Carpentry has taken the top prize at the 2019 Arbordeck Awards, with its Bryntirion project named as ‘Best of Trex®‘ thanks to the striking star design and lighting features.

The project gained the attention of our judges due to the unique central star design on the 30m2 deck, completed with benches featuring under-seat lighting.

And as a result, owner and installer Simon Thomas has been awarded a money-can’t-buy trip to Washington, D.C. where he’ll be given a tour of Trex University and production facility – as well as plenty of time for some sightseeing too.

This year’s Arbordeck Awards saw over 50 entries across all categories, including new category ‘Best Arbordeck Softwood Timber Deck’ – with Browns Landscape and Decking coming out on top.

Sarah Francis, product and marketing manager at Arbor Forest Products and head judge for the Arbordeck Awards, has said: “Congratulations to Simon Thomas Carpentry for being awarded the ‘Best of Trex’ for 2019, as well as to the rest of our category winners this year. It’s great to see the Awards growing, as well as the fantastic quality of work and creativity of professional decking installers across the UK.”