After the Arbordeck Awards: catching up with 2019 winner Simon Thomas Deck & Design

With entries now closed for the Arbordeck Awards and the shortlist set to be announced soon, we decided to catch up with Simon Thomas of Simon Thomas Deck & Design, who scooped last year’s top ‘Deck of the Year’ prize with his striking Bryntirion project.

What have things been like for Simon since winning at the 2019 Arbordeck Awards, and will he be back at the awards again this year? You’re in the right place to find out!

What made you decide to enter the Arbordeck Awards last year?

Plain and simple: I really wanted to win! I’m lucky to have been involved in some really interesting decking projects, so the Arbordeck Awards provided a great opportunity for me to showcase my creativity.

I’m so glad that I did take the plunge and enter, not only because I won but also for the experience. The event itself has gone down as one of my best days as I had such a great time – I was able to meet other TrexPRO installers from across the country, which probably wouldn’t have happened without the awards taking place. 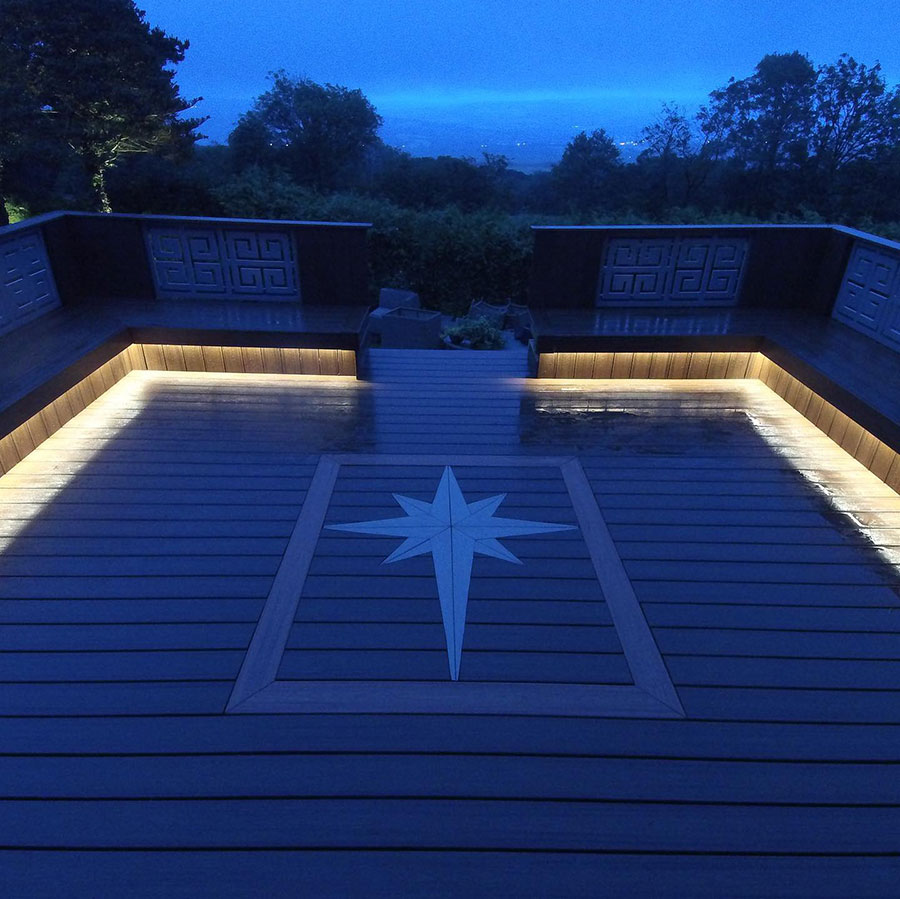 Your Bryntirion project won two awards: Best Large Trex Deck and Deck of the Year. Why do you think this project stood out to the judges?

I took so many things into consideration when I was designing this deck for my customer – the location is stunning so I knew that the design needed to fit right in with this. The centre of the deck features a star design which I created using Trex boards, which involved lots of intricate cutting but thankfully it meant that it caught the attention of the judging panel.