Behind the scenes at the Arbordeck Awards 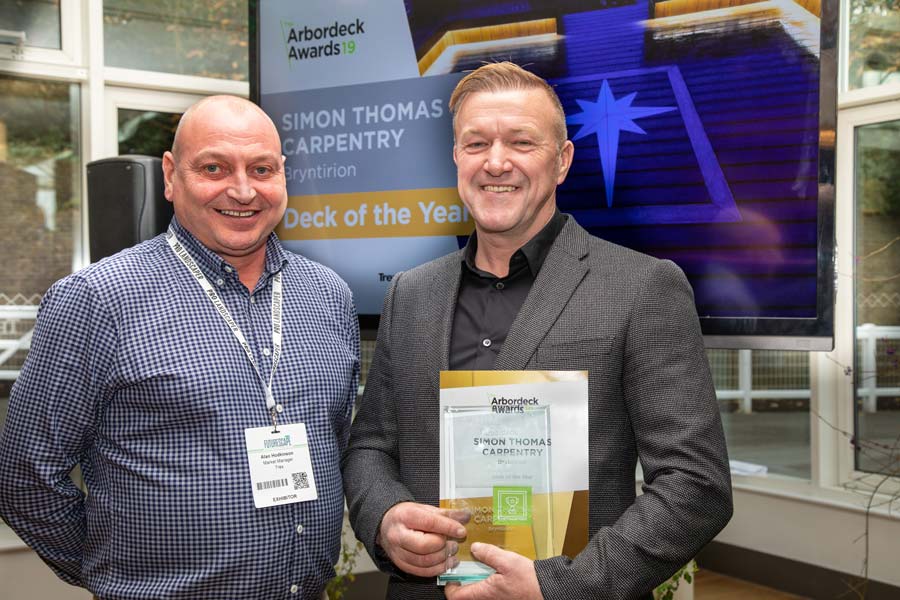 This year saw dozens of entries to the expanded Arbordeck Awards, with Simon Thomas Decking taking the coveted ‘Deck of the Year’ award for his Bryntirion project. We caught up with Arbordeck Awards judge Alan Hodkinson to learn more about how the judging panel came to their decision.

The secret to Simon’s success

This unique centrepiece involved lots of intricate cuts and some tricky installation work, as well as being visually striking. The 30 sq m deck also featured perimeter benches with subtle under-seat lighting to show off the deck to great effect.

All four of the Arbordeck Awards Judges agreed that Simon’s deck was the outstanding entry this year, with Andy Tudbury of Halcyon Days Garden Design commenting: “The integration of the star image really stood out, not only the technical aspect of creating such a feature, but also that a lot of thought and design skill had gone into it, picking up on the orientation of the deck in relation to the vast amount of open ‘night sky’ at the site.” 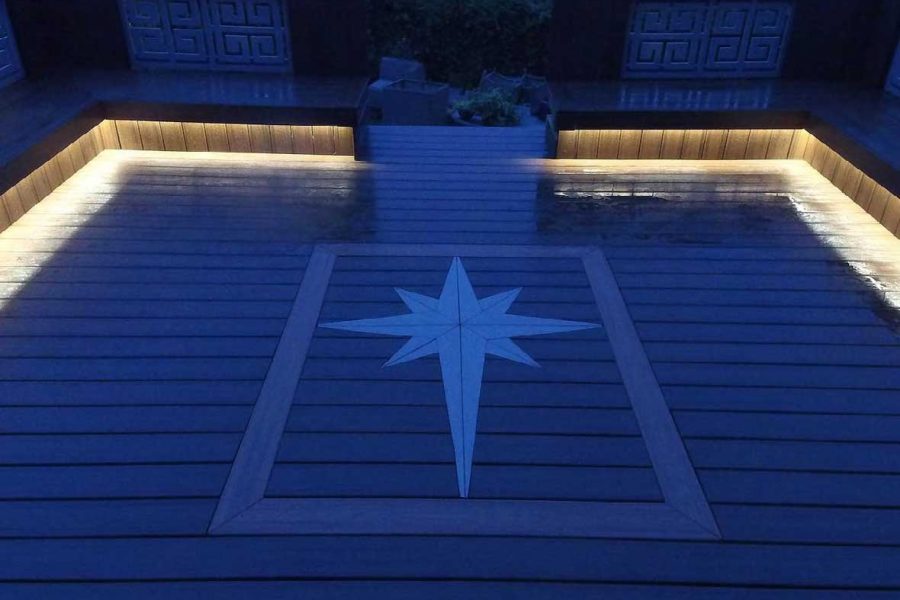 The view from the judging panel

Alan Hodkinson, Arbordeck Awards judge and Trex market manager, presented Simon with his accolade at FutureScape. Alan took us behind the scenes of the judging process, explaining how he and the other judges came to name Simon as this year’s big winner.

He said: “I take my role as a judge in the Arbordeck Awards very seriously, and because I know a lot of the entrants through my work with Trex, I work very hard to maintain my impartiality. When we receive the entries, the judges don’t look at who has submitted what, but judge each deck on its merits. In my case, I start with the photos: I’m looking at the design and aesthetics, and the suitability of the deck to its environment and other landscaping materials used.

“I’m also particularly looking at the workmanship, to make sure that – in the case of the Trex decking categories – they are built in line with Trex’s installation guide. This is the criteria we judge our TrexPROs on when they sign up to the scheme, so we have to apply the same thinking to the Arbordeck Awards too. That means I’m looking for neat cuts, hidden fixings, and smooth joins in the decking. I’m looking for decks that are built to last, and even with the best design concept, poor workmanship could let installers down.

“Once I’ve established that the deck meets this standard, and that it is eligible under the criteria of the award category, I mark each individual deck out of 10, which gives me a top three. If I have two decks on the same score, I repeat the process, scrutinising the entry for any flaws and then re-ordering the ranking as needed. I then submit my choices along with the rest of the judging panel, and from there we are able to agree an overall winner based on the rating each of us has awarded the decks.

Alan believes that the fact that each judge looks at the entries independently is the key to the success of the awards: installers know that there has been no favouritism or unfair processes involved, and this gives the awards their integrity.

What’s more, Alan pointed out that while Simon Thomas is a veteran of the TrexPRO scheme, other category winners were relative newcomers – so any deck installer has a chance of winning.

Alan said: “Manor Construction, winner of the Best Trex Design Solution, has only been involved in the TrexPRO scheme for two months, but their moveable benches made from Trex and the glass insert in the table was good enough to not only win them a place on the scheme, but to take the Arbordeck Awards accolade too. Similarly, JP Construction has only been a TrexPRO installer for a year, and the company is a construction firm rather than a specialist decking installer – but, the workmanship on the 15m sq deck was outstanding, and that’s why it’s a winner.

“Ultimately, each deck is judged on its individual merit, which makes for a very competitive environment – and that’s why we encourage all installers, TrexPRO or not, to enter their best decks in the awards, you never know what it might lead to!”